Rising over 4,000 feet above the semi-desert grasslands of west-central New Mexico the Magdalena Mountains offer visitors easy access to a variety of biotic communities associated with the Southwest.  Upwards of 200 bird species have been recorded from these mountains including several typical of the Sierra Madre Occidental in Mexico and here are at the northern limit of their U.S. breeding range.  The gateway to the Magdalena Mountains is Water Canyon located on the northeast side of the range and within a short drive on NM Route 60 west of the city of Socorro and the Middle Rio Grande Valley. 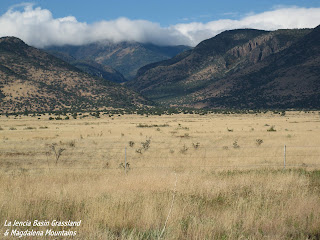 Leaving NM 60 and driving south on Forest Road (FR) 235 one passes through high desert grasslands of La Jencia Basin (elevation ~6,000 feet).  This is active cattle range and bird life in this habitat is usually sparse but keep an eye out for Prairie falcon, American Kestrel, Loggerhead Shrike and Horned Lark.  Antelope-like Pronghorn may also be seen grazing within view of the road. 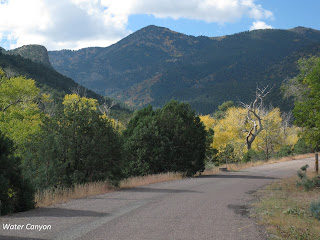 The grassland gives way to pinyon-juniper woodland beginning at the entrance to Water Canyon.  This community type is one of the more extensive vegetation types found in the Southwest and may occur as nearly pure stands of pine, juniper or a mix of the two.  Three juniper species are found in the canyon: One-seed, Rocky Mountain and Alligator.  The first two are associates of the northern Great Basin conifer woodland and the latter with the southern Madrean evergreen woodland.  Birds likely to be encountered in this habitat are Gray Flycatcher, Western Scrub-Jay, Pinyon Jay, Bridle and Juniper titmice, Bushtit, Black throated Gray Warbler and Hepatic Tanager.  Looking to the right across the canyon are the steepred stone cliffs of the Magdalena Fault which is a backdrop for seeing White-throated Swifts.  Occasionally a Great Horned Owl may be spotted at the entrance to one of the many cavities that pock the cliff face. 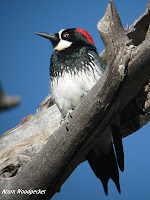 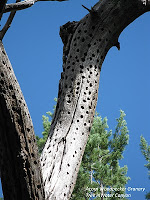 At about 4.5 miles (elev. 6,800 feet) from NM 60 one arrives at a fork in the road: the right (FR 406) leads to a campling area and access North Fork and Dark canyons, both worth checking out.  The left fork goes to a popular picnicking area and nature trail situated in riparian woodland.  The stream here flows during wet seasons otherwise it is mostly dry except for isolated pockets of water.  Narrow-leaf cottonwood trees are imposing and dwarf other riparian trees (Arizona walnut, boxwood, Arizona alder) defining this habitat type.  This habitat is a magnet for resident and migrant birds, such as Band-tailed Pigeon, Western Screech-Owl, a colony of Acorn Woodpecker, Warbling Vireo, Violet-green Swallow, Townsend's and Wilson's warblers (in migration), Black-headed Grosbeak among others.   Several species of irregular or rare occurence have been found here including Elf Owl (nesting) and Magnificent Hummingbird.  Just this past October while birding upstream of the picnic area I unexpectedly spotted a mature male Varied Thrush and male Black-throated Blue Warbler.  The transitional oak habitat between juniper woodland and Ponderosa Pine forest is where Virginia's Warbler is apt to be seen or heard.
The road through the picnic area and fording the stream is Langmuir Road.  It winds its way 9 miles ascending 4,000 feet to the summit of the Magdalena Mountains and passing through three other progressively higher elevation communities: Ponderosa Pine-oak forest, then mixed conifer forest, and then spruce-fir forest.  The road terminates at Langmuir Research Site.  The highest elevation is South Baldy peak at 10,783 feet.  In Poderosa Pine and higher elevation forest communities keep an eye out for the striking Abert's Squirrel.
Birds associated with the Ponderosa Pine forest are Flammulated owl, Common Poorwill, Steller's Jay and Grace's Warbler.  In the higher elevation forests Williamson's (in aspen patches) and Red-naped sapsuckers and Clark's Nutcracker may be encountered.  Near the summit the forest opens into several meadows or parks, those located on drier sites are dominated by grasses and moister meadows are primarily vegetated by herbaceous forbs.  The open meadows on the ridgeline offer spectacular views of the Magdalena Mountain range, the distant La Jencia Basin, and beyond.
A network of hiking trails branch off Langmuir Road and FR 406 provide opportunities to expore more remote areas and habitats otherwise not immediately observable from the roads, such as canyon slope chaparral.  The much sought after Red-faced Warbler is fairly relaible to find in suitable habitat: cool, moist canyons and ravines having Gambel Oak and other deciduous trees within Ponderosa Pine and mixed conifer forests.  The warbler is best located from mid April-late June within the  elevation range of 7,500-9,000 feet. 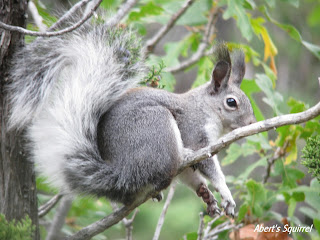 Water canyon is a must-see for birders planning to be in the Middle Rio Grande Valley, such as when visiting Bosque del Apache National Wildlife Refuge.  In the span of a little more than an hour drive one can leave the Valley's desert scrub, gallery woodland and wetland habitats and then be in mountainous terraine exploring an entirely different suite of Southwest birds.  Directions to Water Canyon from Socorro are simple: take NM 60 west 12.5 miles, turn left before highway pull-off and historic marker also on left) onto FR 235.
Lastly, a few words of caution are in order.  Even though improvements were made to Langmuir Road several years ago it still remains unpaved, narrow and windy.  Four-wheel or all-wheel drive vehicles with high clearance are recommended if you intend to go beyond the warning sign.  If you choose not to go further plenty of good birding can be had in the area and at lower elevations.  Also, severe thunderstorms can be frequent particularly during the monsoon season, that is New Mexico's rainy season (late June through August).  Be aware of the weather forecast and be vigilant of changing conditions when at high elevations.  Keep in mind Langmuir Research Site near the summit is where it is because the laboratory conducts atmospheric studies of processes that produce thunderstorms, lightning and hail. 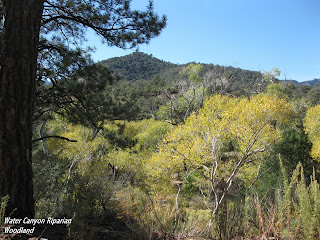 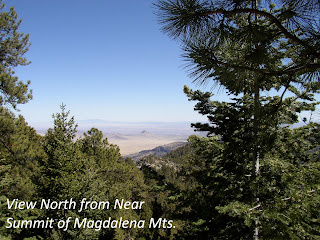 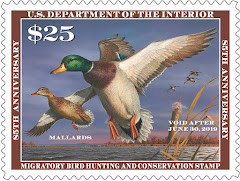 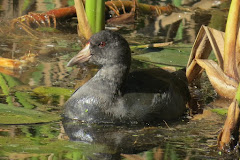 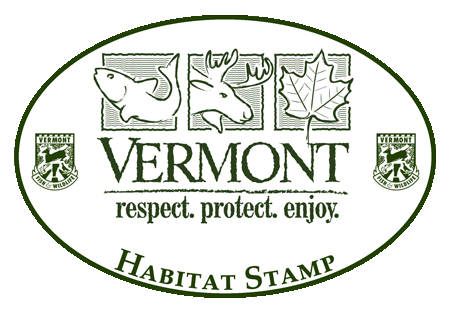